One of James current projects is working with the UK Government, Department of International Trade, as their Independent Technical Advisor on the delivery of the Government to Government agreement with Peru, providing expertise and support to the organising committee of the 2019 Pan American Games in Lima.

James strongly believes in supporting the development of talent in the event industry. So James takes time out from his busy event consultancy to lead on on courses in Event Management, Venue & Stadium Management and Major Sports Management.

James most recent work with The Event School London is as Lead Event Management Facilitator on a bespoke event production course for the BBC.

We asked James to provide some insight into his career and his passion for the event industry.

Hi James, could you tell us about a few of your career highlights?

James: There have been lots of great moments and you do get a tremendous high and rush of adrenalin when your part of a team delivering a great event.

One very memorable moment would be the atmosphere inside the London Stadium last year at the IAAF World Athletics Championship with 60,000 people cheering Mo Farah home – just electric!

Another would be opening ExCeL London for the first morning of the 2012 Olympics – all the hard work leading up to that moment and the anticipation of what was to come over the next two weeks!

What has changed in the event industry since you first started out?

James: Technology has certainly been one of the biggest drivers of change in the industry – when I started out we were grappling with brick like mobile phones and writing order forms in triplicate!

The industry has had to adapt alongside tech developments, for example, traditionally, exhibitions would primarily have been where you went to research new products, however, the internet changed all that and now exhibitions have to be more content driven and focus on creating more personal experiences.

Is there anything you wish you had known when you first got started in the event industry? And any advice for newcomers now?

James: There was so much I didn’t know and as you never stop learning, there is still lots I don’t know! I think the world is so different now, that what would have been good to know when I started out, just wouldn’t be relevant for those starting out today.

There is so much in todays’ world that is uncertain that those starting out in it now, should understand that their ability to be adaptable will be critical for them.

Keep an open and flexible mindset, stay abreast of current affairs and try to make ‘change’ your friend.

Has there been a great role model or mentor that you admired who helped you progress in your career in events?

James: You are naturally drawn to people who are energetic and passionate about what they do, and their enthusiasm can really rub off on you. One such person that I worked with only briefly after I left school was a gentleman called Patrick Spottiswoode.

Patrick was the education officer at the Shakespeare’s Globe trust (before the Globe was rebuilt) and I worked with him for a time during my gap year. He was a very inspiring person to be around, not least because his passion was contagious.

I really learnt that having a positive attitude can motivate the people around you and it is a value that I’ve endeavoured to maintain throughout my career.

Is there a “dream” event you wish you could have worked on?

James: I think the Sydney Olympics as it was the Millennium year and was such a great event in so many ways – one of the benchmark Olympics for sure!

"Had the time of my life"

"James made the class extremely interactive"

"James is a positive and motivational role model for both new talent into the world of events, venues or sports, and to professionals wanting to achieve managerial, director and executive roles. The advice and guidance that James can offer his course participants is the best you'll find in the industry."

The bio below captures just some of Jame's experience and expertise:

He is now applying this extensive knowledge and experience towards advising both private and public organisations in international venue and event development projects.

For example, British Athletics engaged James to lead the venue planning and delivery of the largest global sporting event of 2017, the IAAF World Championships in Athletics which took place at the London Stadium and throughout the Queen Elizabeth Olympic Park.

In a previous role as Executive Director of ExCeL London, James was responsible for developing and delivering the ancillary services strategy for the venue, creating a new and transformational Food Vision and overseeing the £15m redevelopment of the venue’s F&B facilities. James was also ExCeL’s Commercial and Operational lead for their participation in the 2012 London Olympic Games.​

James is currently working with the UK Government, Department of International Trade, as their Independent Technical Advisor on the delivery of the Government to Government agreement with Peru, which sets out to provide expertise and support to the organising committee of the 2019 Pan American Games in Lima.

In addition, James is working with the Therme Group to develop a UK strategy, which would see the launch of a UK division with potential for 3 – 5 Therme facilities and an investment value of c.£750m.

Below is a summary of James’ key professional roles: 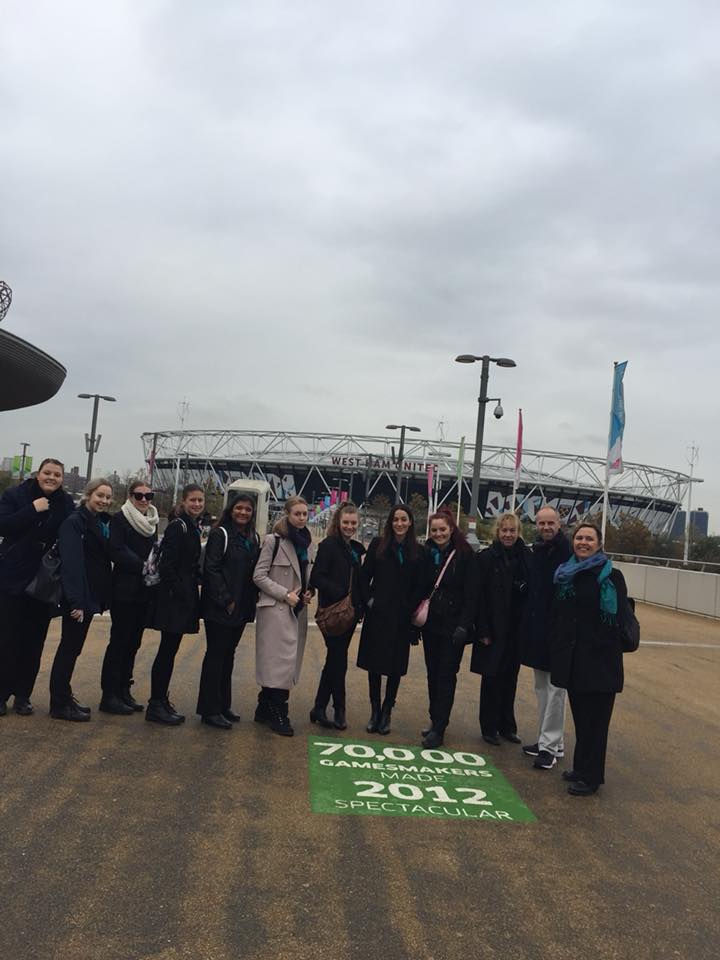 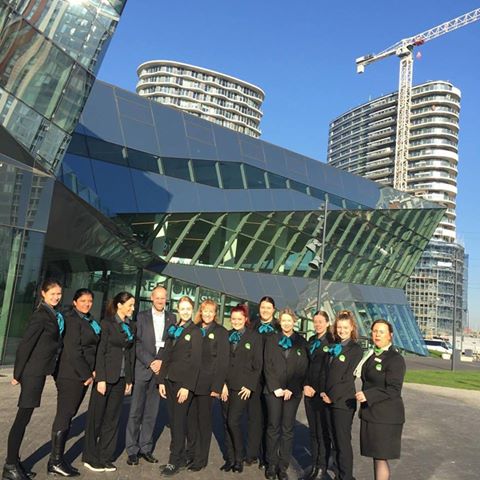 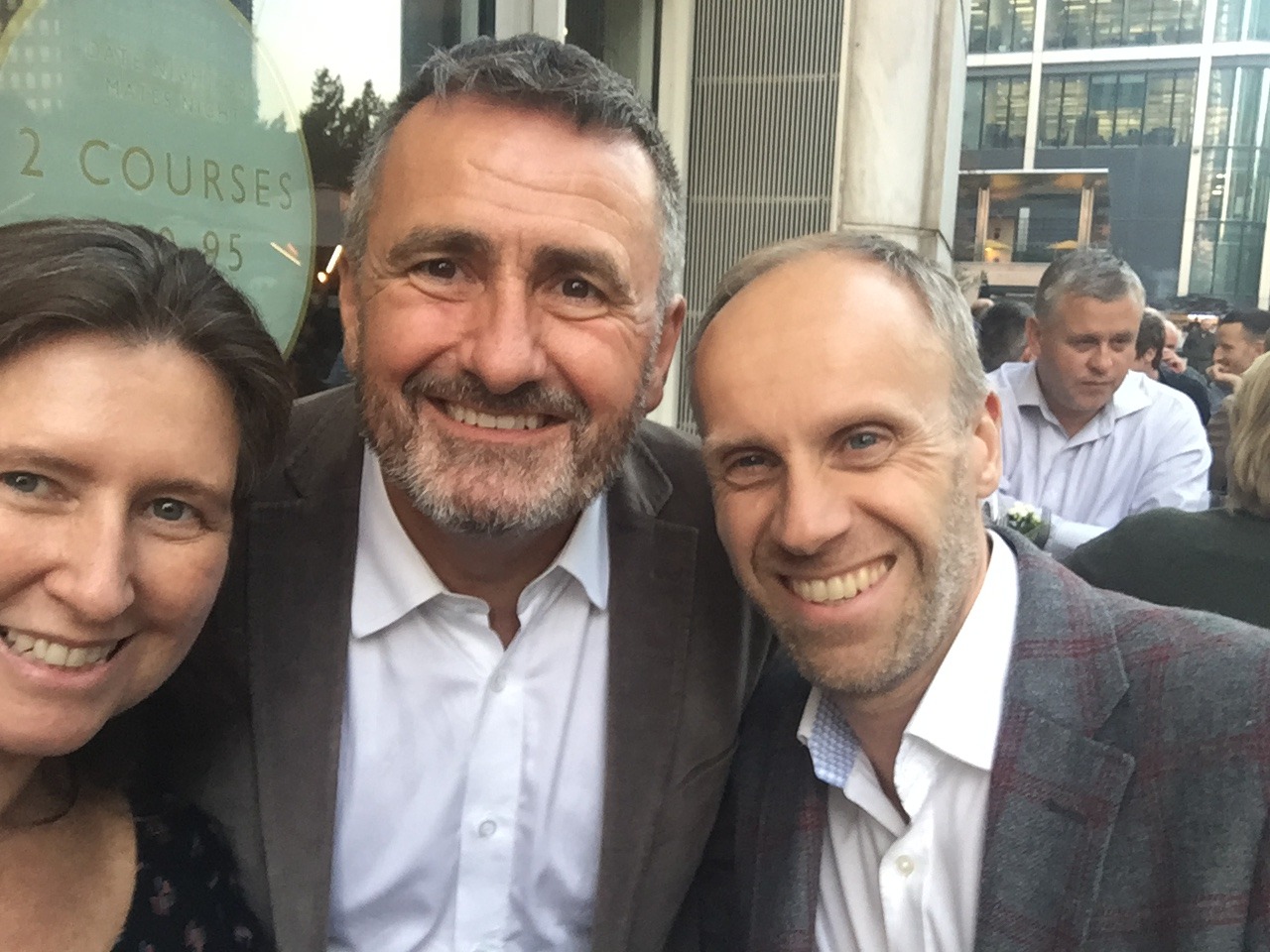 Watch the slideshow above to see James with students and at industry events.

Is a Career as an Event Manager right for you?